EGT or Euro Games Technology was founded in 2002 in Bulgaria. Within few years they became one the biggest names on Eastern Euro market and decided to go forth and “conquer” the world. Bulgaria entering the European Union in2007 was exactly what they needed. Since then, EGT slots became available on 4 continents (Europe, Asia, South America and Africa) and in 75 countries.

During the past few years, they made an effort also to penetrate the 7th continent: online gaming. Currently, EGT online slots portfolio consists 70 titles, plus variety of popular casino games, such as blackjack, roulette and more.

EGT Online Slots EGT, or Euro Games Technology as they are often widely known, are one of the most recognisable forces in online slot game development today. They have cut their teeth in “physical” slot games, which have been incorporated in casinos around the globe, and recently they have made the move online with stunning effect. EGT slot machines are mostly known to players thanks to their recognizable system of progressive jackpots. The jackpots are played in a round that runs in a random mode. The jackpot is divided into 4 levels, each of which corresponds to one of the card suits. Most of EGT slots have 5 reels.

EGT are very different from most “new” slot developers (they are here for over a decade, but that can be considered new compared to classic IGT, Aristocrat and even Microgaming). While others focus on extensive visual effects, animations and arcade-like bonus features (BetSoft for example), EGT are focused on making classic casino video slots. They just try to make them better, which is not an easy task.

EGT slots usually based on familiar symbols, cherries, bells, 7s, and classic bonus features, like free spins for example. EGT closely resemble Novomatic slot machines, not only by general design, but even by titles, Supreme Hot vs. Ultra Hot, Rise of Ra vs. Novomatic’s Book of Ra. Both companies even started on central/eastern EU market and now expend worldwide.

The easiest way to recognize EGT online slots machine is by their trademark 4-level progressive jackpot. The jackpot can trigger randomly at the end of each spin. The moment it happens – you are guaranteed one of the jackpots. The question is which one. That will be determined by the Jackpot cards mystery bonus, which is a Pick Me bonus where each jackpot is represented by a specific card suit. The jackpots vary from few thousand dollars and up to life changing 6 digit amounts.

One of the advantages of playing EGT slots online is that unlike in land based casinos, the RTP of many online slots is revealed, so you can increase your winning odds by sticking to the loosest available slots.

Here is an updated list of best paying EGT slots:

EGT games are certified by known testing laboratories such as GLI & SIQ.

Straight outta Sofia (that's in Bulgaria), EGT Interactive has been striking one for the east Europeans for years. Concentrating on Flash and HTML5 games for online and mobile of late (but many that have been adapted from land-based casinos) EGT's games are known for gorgeous graphics and great gameplay.

But the gaming firm isn't just known for its video slots; EGT's touch-screen live dealer games and electronic blackjack and bingo terminals are sold to casinos around the world.

The company now employs over 800 professionals and its games and products are used in over 65 countries.

Launched in 2002 in the Bulgarian capital, Sofia, EGT (Euro Games Technology) started out with a slot - a decent effort called Gladiator - and proceeded to move up the Bulgarian gaming food chain with further slots releases.

Expansion followed, first into Russia but also into other East European markets like Romania, with newer games being released at land-base casinos. The 'Classic Blend Jackpot System' launched in 2005 which featured state-of-the-art touch-screen panels and mega jackpots. The newly-launched progressive system allowed up to 64 machines to be linked to a single network.

Further expansion into Macau and other jurisdictions followed, and the Vega Vision Series of slots was released in 2008. Essentially, the Vega Vision allowed players to pick from any one of 17 EGT slots from one terminal.

Further innovations came out in 2012 and 2013, with multigame software allowing EGT players to pick from blackjack, roulette, slots or bingo games from a single cabinet.

Like other land-based pioneers like Bally, EGT have been slow off the mark with releasing online versions of their games, although a tie-up with their games and the Apple iPad shows that - if they want it - the technological future is in their hands.

For casino players, EGT has developed a series of top progressive jackpot games, linked across terminals and casinos.

4 Happy Hits features four levels of mystery jackpots named after the card suits, Diamonds, Hearts, Spades and Clubs, with major prizes given out to just players in a single casino, a local area (LAP) or a countrywide 'wide area' (WAP).

4 Happy Hits, as with other linked games like Lady's Cards and Diamond Life, 3D graphics across huge monitors is the order of the day. 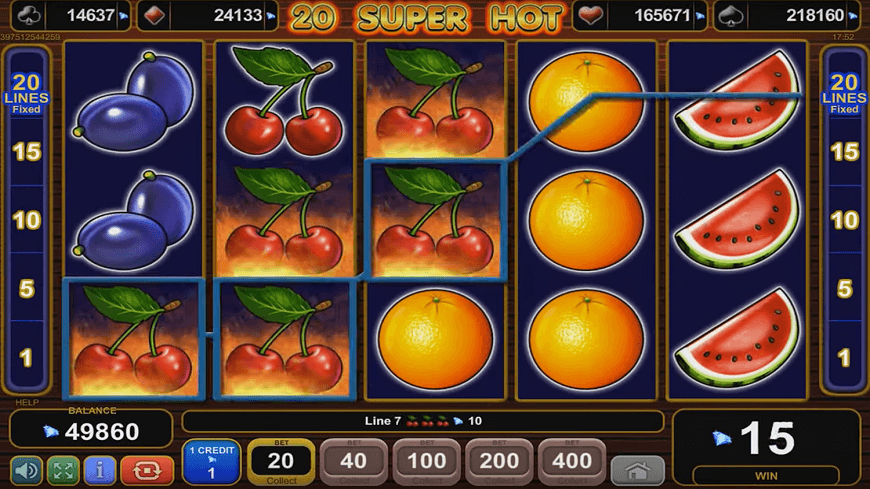 As well as slots, EGT develops touch-screen technology for land-based casinos. LTTR (Luxury Touch Table Live Roulette) features a real-life roulette wheel for the croupier to spin, but bets are placed by up to six players via a touch-screen layout.

Similarly, Roulette VEGA features a mechanical wheel that spins automatically after players bet via touch-screen panel in front of them. Think AMATIC's Roulette Jeu and you're on the right lines.