Headlining UFC 248 was a middleweight title bout between Israel Adesanya and Yoel Romero. In a bout billed as clean technique vs explosive power, it simply ended up as a low output and uneventful.

Fans watching UFC 248 in person and on pay-per-view were treated to an all-time classic in the co-main event, then had to sit through 25 minutes of ho-hum in the headliner.

After the win, Adesanya told Joe Rogan he and his team expected Romero to try to lull him into a false sense of security. The challenger, who got a title shot off a pair of losses, often didn’t engage, particularly in the first round. Romero said he expected the champ to stand and trade, but didn’t get it.

“People bought the pay-per-view to see a real fight – not this,” Romero said. “You need to have respect for people. People paid for a pay-per-view, for what? For a fight.”

According to the UFC’s official stats, Romero threw just 89 strikes in 25 minutes and landed 40 for a 45 percent success rate. Adesanya’s percentage was much lower at 36 – 48 for 132.

The middleweight title bout was the UFC 248 main event at T-Mobile Arena in Las Vegas. It aired on pay-per-view following prelims on ESPN and early prelims on UFC Fight Pass/ESPN+. Free bet money no deposit.

Adesanya sent to the center and Romero immediately put his hands up to cover his face and stood still. Then he shuffled his feet and backed up. The first minute of the fight featured no strike attempts, and fans started to boo. About 90 seconds in, Adesanya threw a low kick and missed. Nearly two minutes in, referee Dan Miragliotta warned them to do something. Adesanya backed Romero up with a punch, then a kick about three minutes in, and shortly after that, when Adesanya was in range, Romero launched a left hand that connected. With 45 seconds left, Romero landed a jumping kick to the body that pushed the champion back.

Adesanya opened the second round with a front kick, and when he moved in for a right, Romero landed a big left counter that stunned Adesanya, but didn’t take him off his feet. With two minutes left, Romero put a big combination on Adesanya, but then headed back to the center. When Adesanya landed a left kick to Romero’s right leg, Romero fired back with another big left hand.

Romero continued to counter Adesanya in the third. But at the same time, Adesanya was doing well to not get lulled into Romero’s pace. With 90 seconds left and many fans still restless, Adesanya landed a pair of body kicks – the second of which truly was slappy.

Before the start of the fourth round, Miragliotta pulled the fighters to the center of the cage and told them they needed to get busy and give the judges something to score – that they were there for a championship fight. Romero smiled at it when he backed up to his corner.

Adesanya tried to get things going, but put his left hand out with his fingers extended and scraped Romero’s right eye. THe fight was paused for a doctor to look, and Romero said he could see out of it. Soon after the restart, Romero briefly landed a takedown, but Adesanya was back to his feet quickly. Romero’s right leg was purple around the knee from Adesanya kicks, and with 15 seconds left he again shot for a takedown.

Romero landed a left hand 30 seconds into the final round, then backed away. A minute into the frame, the fans again got antsy. Adesanya landed another leg kick, but then ate a counter. Another leg kick for Adesanya landed, and it didn’t seem like Romero liked it much. With two minutes left, Romero landed a left, then nearly caught Adesanya with more punches. He caught up to the champ a few moments later. With 45 seconds left, Miragliotta again urged them to fight.

Romero landed a pair of left hands with 15 seconds left, and Adesanya threw a cartwheel kick. After the horn, they got in each other’s faces and had to be separated – and it may have been the most action in the fight.

LAS VEGAS – Dana White was far from pleased with the UFC 248 main event and didn’t hold back in making that known. 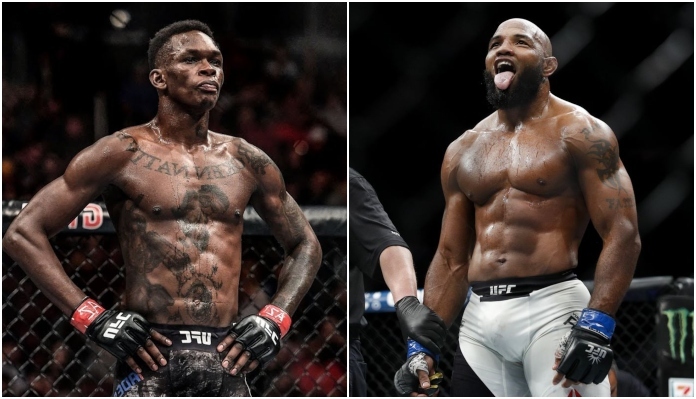 The UFC president was disappointed with how Israel Adesanya’s title defense against Yoel Romero played out Saturday at T-Mobile Arena. Adesanya vs. Romero turned out to be an uneventful five-round decision favoring the UFC middleweight champion. White expressed regret for making the fight.

“When I’m sitting here today talking about this, the matchmakers didn’t love that fight and didn’t want to make that fight,” White told reporters at the post-fight news conference. “They didn’t want to make Romero vs. Adesanya. But the goofy fan in me said, ‘Are you sh*tting me? Come on, this will be a fun fight to do, and the fact that (Adesanya) wants to fight a guy that nobody else wants to fight?’ Now, hindsight is 20/20. (We) probably shouldn’t have done that fight and we should’ve waited for (Paulo) Costa. But oh well. We did it.” 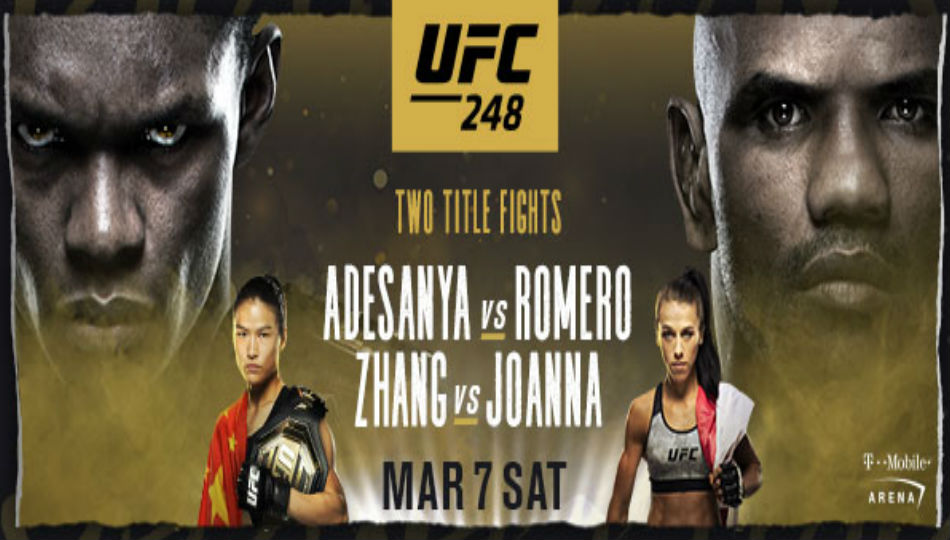 White can’t wait for Adesanya’s second title defense against Brazil’s Paulo Costa and said that’s the fight to make next for the Nigerian-born champion. Costa, who has a win over Romero, is regarded as the rightful No. 1 contender but couldn’t fight Adesanya due to injury.

“Costa vs. Adesanya will be a ridiculous fight,” White said. “I guarantee it. I absolutely guarantee it. (Adesanya) got what he wanted – he got (Romero) on his resume. He beat him, and on to Costa.”